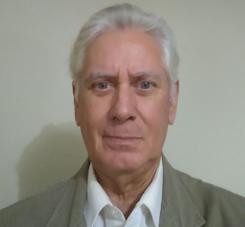 I AM RUNNING BECAUSE THE SLC COUNCIL:
● Claimed & celebrated defunding SLCPD (resulting in 50 calls on hold).
● Won’t fight drugs in homeless & parks & use recommended drug dogs.
● Wants increased density in the 12% of SLC zoned for single family.
● Planning on SROs (with bath OR kitchen) next to single family homes.
● Ignores pollution & speeding in adjacent streets with road changes.
● Reduces parking requirements & wants streets prioritized for bicycles.
● Refuses to force UTA to implement $1 fares (UTA has $355 mil in bank).

​RUNNING FOR SLC COUNCIL TO STOP THE WAR ON COPS, SINGLE FAMILY HOMES AND CARS

I want to stop the war on police, the war on single family neighborhoods, the war on cars, the war on parking, the war on air quality and the war on fiscal irresponsibility.
The issue of police and public safety has been at the top of the concerns of residents and businesses in the City in the last year. The City’s police force available, according to Chief Brown’s June 1 presentation, is down 23%, about 135 officers. I recommend the excellent story in the Deseret News by Katie McKellar at:
https://www.deseret.com/2021/8/15/22586410/officer-exodus-salt-lake-city-story-utah-story-national-wave-of-police-resignations-morale-quitting
The lack of officers impacts the use of social workers (since even the Fire Department wants the SLCPD to co-respond with them to public drug overdose issues). The lack of officers requires SLCPD officers to volunteer for overtime to assist in homeless camp cleanups with the County Health Department. Last year the Council cut millions from the police budget. The Council claimed that they were defunding the police. The Council publicized that they were defunding the police.  And the Council celebrated the defunding of the police. But recently, the Council realized the defunding (among other Council policies) created serious public safety problems, and gave a 30% salary increase to starting officers and a 12% increase to more experienced officers. Should the SLCPD get a larger budget or should it be further cut, will be on the table for next year’s City Council. The only reason that the Council gave the salary increases was because it was from the ARPA funds!
The issue of homeless is also important to the citizens of the City with about 300 regularly camping outside and around a 100 camping in their vehicles around the City. Should the City provide a camping area and/or a parking area near homeless services?
Although many homeless stay out of shelters to avoid drugs, other homeless stay out of the shelters to abuse drugs and that encourages crime in our neighborhoods since drug abusers generally do not commit victimless crimes.
The City's ban on use of K-9 officers also impacted fighting drugs. Using dogs on unarmed suspects is wrong and we should have learned that from the 60s Civil Rights protests. But drug dogs are recommended for use in the shelters according to the recent Follow-up Audit of the Homeless Resource Centers. The goal is to discourage drug use in the shelters. They should also be used to discourage open use and abuse of drugs in parks and on the public park strips. There are too many complaints about using drugs openly near schools and kids. The City should return the K-9 patrols to discourage public drug use and abuse.
The City permitted 2000 housing units in 2020. There is pressure to increase density in the City’s single family zones to increase affordable housing. The next Council could implement the SRO/shared housing plan Citywide. The Council, as RDA Board, almost approved an SRO next to the single family homes on 17th South and West Temple but deferred until the SRO zoning ordinance is implemented. SROs are high density housing with either a bathroom or a kitchen but not both. I think that it is an insult to tell low income that they only get a bathroom or a kitchen but not both in their housing!
But in Salt Lake City, the City does not allow housing on 80% of the property while only 12% of SLC is zoned for single family! Areas like the International Center, near the Airport, with over 50,000 employees does not allow housing but it could. The City Council just approved a loan for housing in the same zoning as the International Center! The affordable housing issue and whether to open up more of the City to housing will also be a big part of the next Council’s priorities.
There is a vigorous discussion in this City about the use of streets. Should they be prioritized for personal vehicles or for bicycles and pedestrians? The next Council will have many plans and discussions on this issue. The discussions will include whether to lower the speed limit to 20MPH on most streets, whether to reduce traffic lanes on major streets and whether to eliminate parking requirements.
I am against the 20 is Plenty effort because I believe that it will increase pollution by forcing cars to run in 2nd gear since the expected shift to 3rd, generally, is at 22MPH. I am also against reducing travel lanes/road diets since it has resulted in more accidents (on 900 West) and increased pollution with mile long backups on 1300 East. There is pressure to reduce travel lanes on 2100 South that carries 22,000 vehicles a day. Prioritizing 500 East for bicycles for the southbound travel lane has diverted speeding traffic onto 400 East! Road changes shouldn't shift traffic to other adjacent streets. The next Council will decide whether to reduce travel lanes on 2100 South, a 22,000 ADT street! The closest similar road diet was on 1300 East which resulted in mile long backups, increasing pollution seven times on 1300 East and shifted a lot of traffic to 2100 East, 1100 East and Foothill.
Hopefully, there will be competition and a vigorous discussion of policies for the City in the future. This is the best chance for debates and constructive discussions on the Council's and this City's policies.

SLC COUNCIL HAS 5 SEATS IN ELECTION, DEADLINE AUGUST 17
The Salt Lake City Council has 5 seats up for election this year and due to the sitting Council's decision to do away with the primary and focus only on rank choice voting in the general election, the dates for candidates to file officially (campaigns can start before hand if financial reporting rules are followed) go from August 10 through August 17th. The Salt Lake City Recorder normally is only open to appointments but during the 10th through 17th, the eastside accessibility entrance (just south of the east stairs' entrance) is available for access. Pressing the call button on the post next to that accessibility entrance will get security to buzz you in. The Recorder's Office is on the 4th floor and it is open from 8am-5pm during the 10th through 17th of August. The application for candidates takes about 15 minutes to fill out and requires a $91 filing fee. Credit card, cash or check are acceptable.
Hopefully, there will be competition and a vigorous discussion of policies for the City in the future. This is the best chance for the debates and constructive discussions on the Council's and this City's policies.

SLC IN 2020 APPROVED OVER 2000 HOUSING UNITS/PERMITS
Salt Lake City has approved over 2000 housing units in the last year (2020). The City is still in need of more experienced planners and engineering professionals and inspectors. The City is experiencing a building boom. In July 2021, the City issued 822 building permits and completed 3803 building inspections and issued 121 certificates of occupancy!
From the overwhelmed Building Permits group: "Currently we are turning 1st reviews for logged in plans within 4 weeks.  And we strive to respond to re-reviews in about a week.  An average plan review will go through 3 review cycles.  We have no control on how long it takes for an applicant to respond to our review comments.
Expedited reviews are responded to within 10 business days on 1st reviews with re-reviews responded to within about a week.
We also have a Quick Turn Around Que for small permits (residential bathroom or kitchen remodel, solar panel install, etc).  Reviews in that que are responded to with a day or two."
For the month of July we issued permits for 366 new housing units.  333 units are for apartment units.  As you can see from the numbers below, we exceeded permit processing with more than 2000 new housing units last year with the staff that we currently have but with the office doors being closed to the public.  Having the office closed has allowed our plan examiners to focus on core plan review through the pandemic which has helped with turnaround times.
In response to a staffing wish list, we would love to add 2 permit techs to add to our staff.  This would allow our plans examiners give more attention to the large construction projects, such as apartment buildings.  Permit techs would be able to assist with permit review & permit processing for small residential plan review which would further help with our turnaround times"
SLC housing units numbers for calendar 2020:
001 Single-Family Detached Homes 63 units
002 Duplexes/Twin Homes 32 units
003 Condominiums and Townhomes 424 units
004 Apartments/ 3 or 4 Family 6 units
005 Apartments/ 5+ Families  1,551 units

I am a retired engineer and former Naval Officer. I have attended most City Council and community council meetings in District 5 for almost 10 years.

I want to reverse the defunding of the SLCPD which is down over 135 needed officers. The City Council claimed, publicized and celebrated defunding the Salt Lake City police in 2020 (Recently resulting in 50 calls on hold.). This City Council needs to stop listening to defund the police groups. It needs to listen to the 10,000 a month that are asking for a police response.

ALLOW HOUSING IN MORE OF SLC

The solution to housing affordability is open up for housing the 80% of Salt Lake City that does not allow housing. Tens of thousands of acres are available if the City would allow developers to build housing on that land. This City Council should stop trying to solve this crisis by increasing density in the City's 12% that is zoned single family and putting low income high density buildings (with only a kitchen or bath – an insult to low income) next to those families. The City Council should stop trying to replace homes with high density market rate apartments. Only 63 detached houses were approved last year and 1500 apartments. Salt Lake should not become apartmentville USA.

This City Council should stop ignoring the use of, abuse of and dealing of drugs in City parks, sidewalks and near schools. It should require drug dealers to be incarcerated for more than an hour and use drug dogs which the last homeless shelter audit recommended. It should implement the recommended police walking patrols through parks (so dangerous that police need to close the restrooms at night).

I want to stop the City from increasing pollution with questionable road changes that hurt air quality, increase congestion and result in speeding through adjacent streets. The 500E redesign forces buses to go 10mph behind bicyclists! The proposal to make 2100 South a two lane road will increase pollution in adjacent neighborhoods seven times! The City is trying to discourage vehicle use through reduced parking requirements and spending billions on questionable rail projects. The City Council should force UTA (with $355 million in the bank) to implement $1 bus fares and expand the promised bus service.